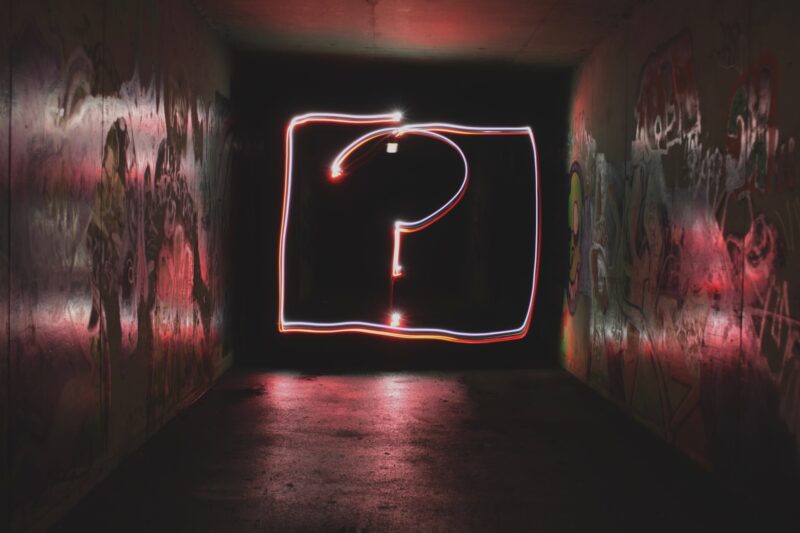 10 Questions to Challenge Your Implicit Biases

With everything going on in the world, we all need  to take a step back and reflect on the person we are. Are we the person we want to be? Are there ways we could be better?

This isn’t just about racism, this is about sexism, classism, ableism, ageism, homophobia, transphobia, fatphobia – there are so many avenues of discrimination that we don’t question. We have implicit biases – attitudes we have towards people that we don’t even know about. Society has shaped how we see people, and we need to reflect if we’re ever going to change that. So what can we do? Start by asking yourself a few questions.

1. What has formed my implicit biases?

Well I guess the real first question is – do I have implicit biases, but that answer is YES. No matter who you are, you are not immune. And again, you didn’t necessarily actively choose these thoughts, they’ve been reinforced in society over the years. Now how are they created? Well you may have grown up in a household with very distinct beliefs, though that is a bit more blatant. The people shown on TV and the storylines are another big source of biases. Politics have a huge impact (watch 13th if you haven’t gotten the chance). Understanding where  these come from helps us to break down the idea that that’s just how the world is. Remembering that people are profiting from oppression is eye opening in understanding why these narratives continue.

2. Do I interact with people that have different lived experiences than me?

Socializing with people that are just like you can just reinforce your implicit biases. That’s because you may have been raised in similar circumstances with the media telling you similar things. Having friends that were raised in different countries, or are different ages or just in some way, are not like you – this will help increase your understanding of the world. But don’t think that because you have a friend that lives in a different intersection that your work is done. Tokenizing your friends is not helpful.

For example, reflect on the word Feminism. Some people believe that Feminism is an attack on men, that it’s about women overtaking men. People don’t want to be labeled as Feminists because they think it’s too extreme. However, Feminism is based on advocacy for women’s rights on the basis of equality. It’s just a fight for women to be equal to men – equal rights, equal access to opportunities. Society has created negative associations with empowerment in order to keep groups oppressed. Look into terms that you might not understand, and be critical of how they’re portrayed.

4. Which issues do I not care about as much? Why is that?

Racism has long been an issue and especially in the past year it has been brought back to the forefront. People can agree that racism is bad. However, other issues such as weight are debated about. People say body positivity promotes obesity, and people accept that. By the way, body positivity does not promote obesity, it just says that all bodies should be allowed to exist and not be discriminated against. So why do we accept discrimination for some social issues and not others? Think about the media you consume, and what they promote as acceptable. Think about who profits off of a certain group’s oppression. Just continue to think critically about how the world is shaping your views.

5. Do I understand intersectionality?

6. What privileges do I have that others do not?

Privilege is a word that makes people feel undermined. People sometimes think that they have worked hard, they’ve had a tough life even though they’re seen as “privileged”. That’s not what it means, though. Privilege is a term that tells you that even though you may have a hard life, it won’t be made harder by your skin color or your sexuality, weight, age, gender etc. You might not want to think about your privilege, because it makes it seem like you didn’t work hard to get where you are. But it’s absolutely necessary because if you don’t, you will stop thinking about how much needs to change for other people.

7. Do I avoid conversations about social issues?

Having hard conversations is uncomfortable. You might not know the most and don’t want other people to criticize you. Maybe it just isn’t something you think about so it doesn’t come up.  Reflect on why these conversations might not be happening in your life. If it’s because you don’t feel educated, are you willing to learn more? If it’s something you don’t think about, do you think you should be? Understanding why these conversations aren’t happening can help you see where you might have shortcomings.

8. If I have these conversations, am I listening or am I just talking?

Not to say that talking isn’t needed as well – it is necessary to engage in conversations. But are you really listening? Do you give space for other people to center their voices? It can be in simple ways too, in a group start considering who is being talked over and why that might be. Think about who holds more power in a situation. You might not need to insert your thoughts in every conversation.

9. Where do I place blame in a situation?

When you see something happen, do you think that it was deserved? Do you think that if they acted differently this might not happen? A common example is when women are harassed or assaulted, and people say they should have been safer. If they were acting vigilantly, this would not have happened to them. We see it when people say that Black folks should have complied with the police, or say that someone that’s being abused should have reported it. If this kind of thing is your first reaction, take a minute to think about what you’re actually saying. Telling victims to change their behaviours means that the perpetrator shouldn’t be expected to change. We accept a society that should not be accepted. Your initial reaction may be conditioned in you, but be critical of your response.

10. What will I do next to increase my awareness?

Reflecting is one thing, but actually educating yourself is another. What avenues will you take to learn more? It can be in the form of documentaries and TV shows that teach you more about social issues. Following different IG accounts that promote social awareness is a great way to keep learning. Reading books, both fiction and non-fiction can give you so much perspective. Talking with friends and family members who may know more than you. Also, talking with friends who might know less than you to practice your activism. Increasing your awareness will make you better at looking critically at media, and will help you learn so much.